Kareena Kapoor and Saif Ali Khan’s adorable munchkin Taimur Ali Khan was snapped by the paparazzi today as he stepped out. While he looked cute as a button as usual, what caught our eyes was a third eye drawn on his forehead as he celebrated Mahashivratri today

Check out the pictures here: 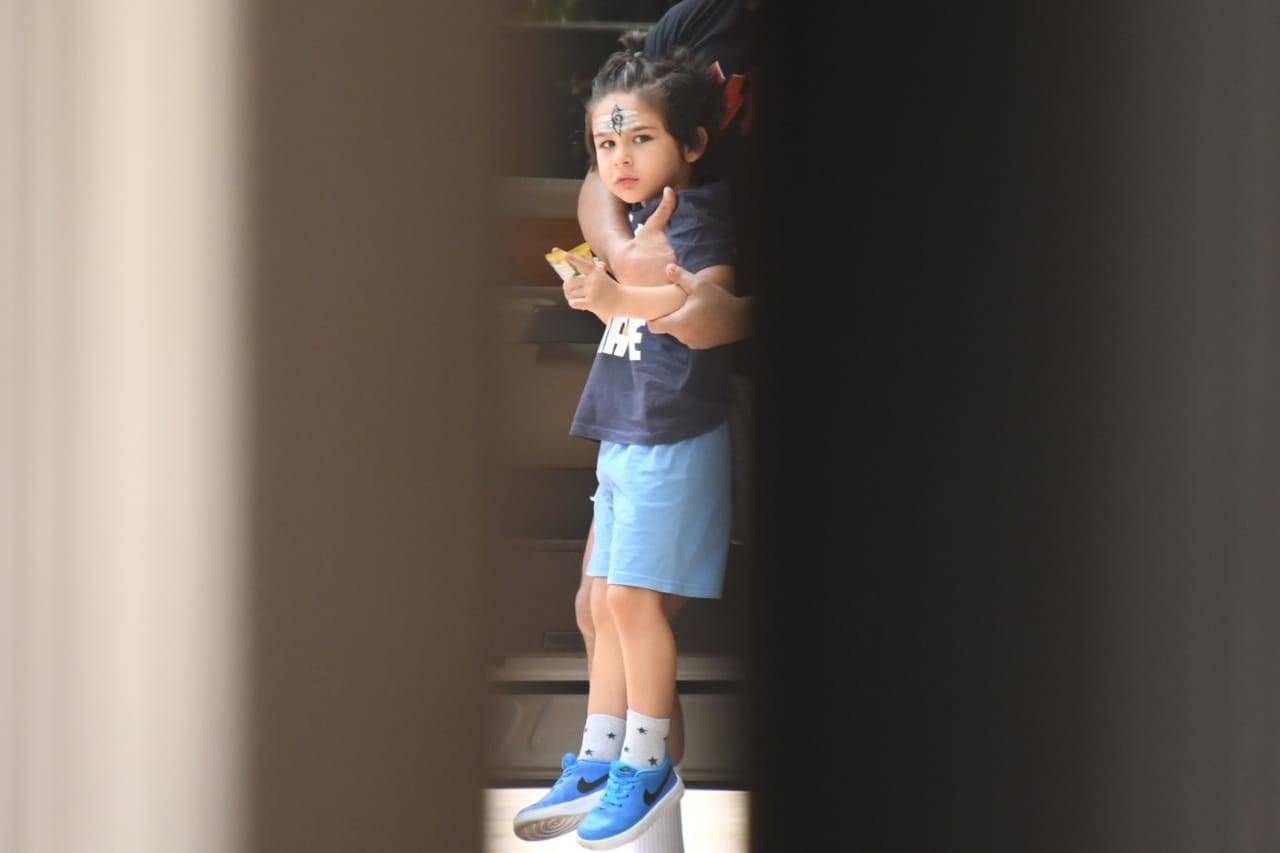 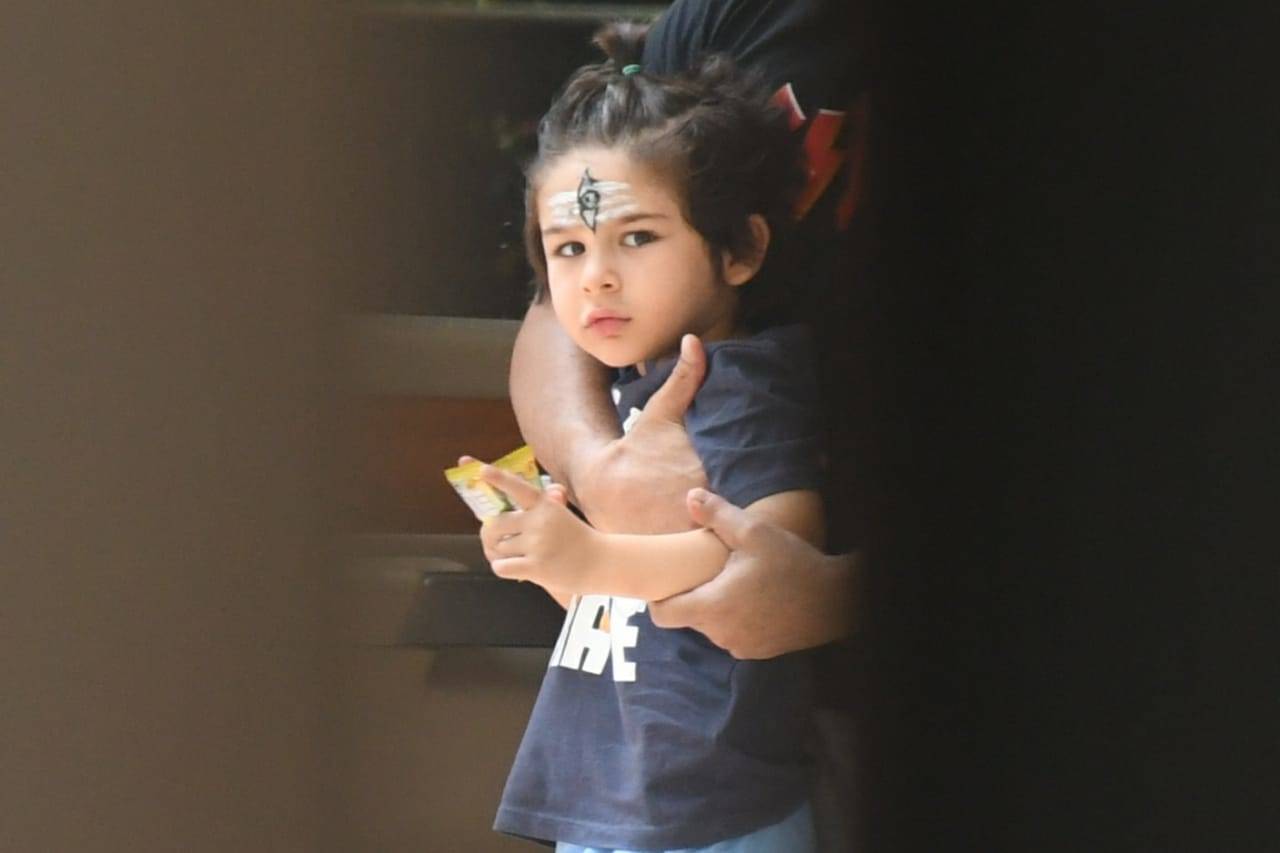 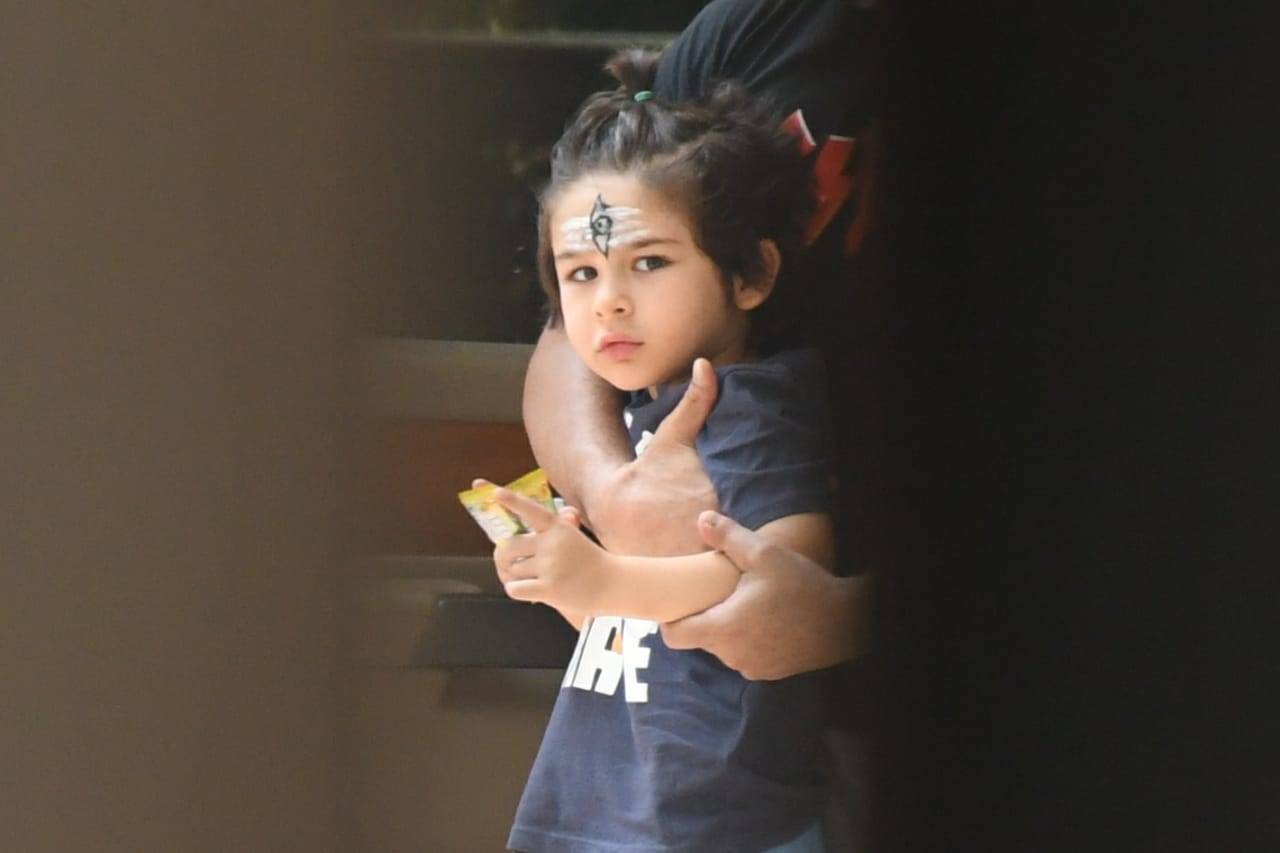 Dressed in a blue printed tee and shorts, the Pataudi lad looks simply adorable. With his hair tied up in a small pony, he is seen flaunting Lord Shiva’s third eye on his forehead.

Kareena and Saif have recently been blessed with their second baby boy. The couple is yet to announce the name of their newborn.

Taimur, on the other hand, is one of the most loved star kids in Bollywood. He is one of the favourites amongst the paparazzi. The young lad is photographed every time he steps out. Several fan-clubs are being operated in his name on social media through which his pictures and videos go viral in no time.

Meanwhile, on the work front, Saif will next be seen in ‘Bhoot Police’ co-starring Arjun Kapoor, Jacqueline Fernandez and Yami Gautam in lead roles. Apart from this, he also has Om Raut’s ‘Adipurush’ with Prabhas and Kriti Sanon.

Kareena, on the other hand, will next be seen in ‘Laal Singh Chaddha’ co-starring Aamir Khan in the lead role. She also has Karan Johar’s period dram ‘Takht’ in her kitty.