Bollywood actor Sonam Kapoor showered love over her younger sister and actor Janhvi Kapoor as she turned 24 on Saturday. Sonam dug out a priceless throwback picture for wishing her cousin on the special occasion and posted it on Instagram.

The childhood picture of the duo sees the ‘Neerja’ actor holding the infant ‘Dhadak’ star while she sleeps on her lap.

Alongside the post, Sonam penned a sweet note for the birthday girl and wrote, “My dearest Jaanu, wishing you nothing but lots of shine, sparkle and happiness. A total star, a bonafide diva and badass babe! Happy happy birthday my love. Miss you tones.” 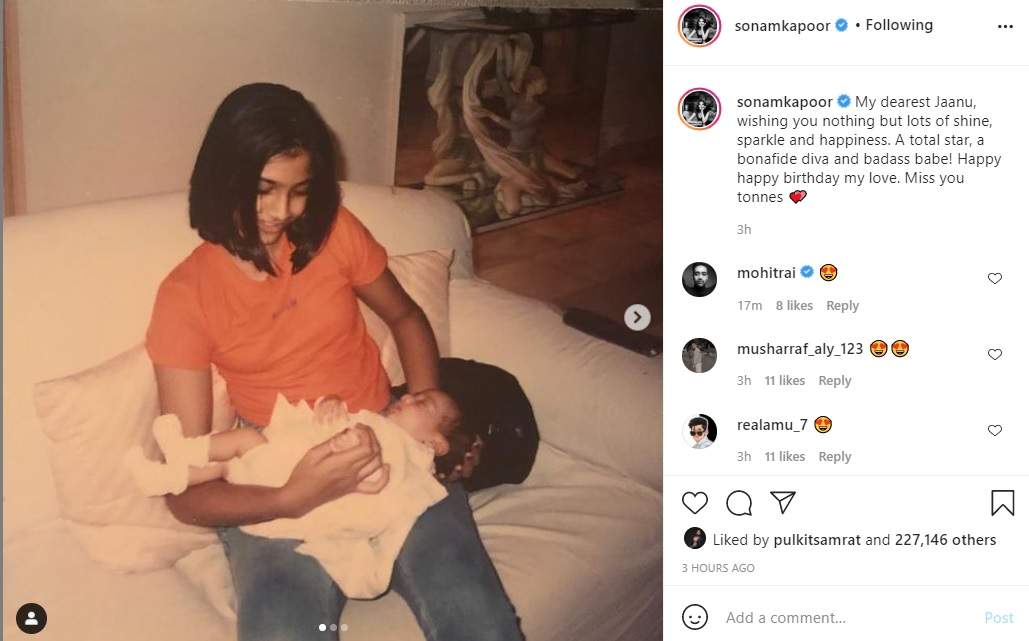 Earlier, actor Arjun Kapoor, Alia Bhatt, Vicky Kaushal and many others from the film industry wished the actor on her special day.

Meanwhile, on the work front, Janhvi Kapoor who is currently shooting for her upcoming Aanand L Rai helmed movie ‘Good Luck Jerry’ will be next seen in the horror-comedy drama ‘Roohi’, which is set to hit the big screens on March 11 this year. It also stars Rajkummar Rao and Varun Sharma in the lead roles. The film is based on the lines of the 2018 hit film ‘Stree’, which featured Shraddha Kapoor and Rajkummar Rao in lead roles.

On the other hand, Sonam Kapoor will be next seen in ‘Blind’, whose shoot kickstarted on December 28 in Glasgow, United Kingdom. It is a Bollywood remake of the 2011 released Korean crime-thriller of the same name, directed by Ahn Sang-hoon.

The movie is being directed by Shome Makhija and produced by Sujoy Ghosh, Avishek Ghosh, Manisha W, Prince Nahar, Sachin Nahar, and Hyunwoo Thomas Kim. ‘Blind’ is scheduled to release in 2021.