Jackie Shroff was missing from son Tiger’s pre-birthday bash on Monday night but the veteran actor is making it up by showering the ‘Baaghi’ actor with a lot of love. ETimes brings to you exclusively that Jackie Shroff has dedicated a special WhatsApp message to his son Tiger and posted charming childhood pictures of the actor. While one memory captures Jackie Shroff tying a toddler Tiger’s shoelaces while another picture sees Jackie fondly embracing his son. He later posted the same pictures on Instagram with a heart. 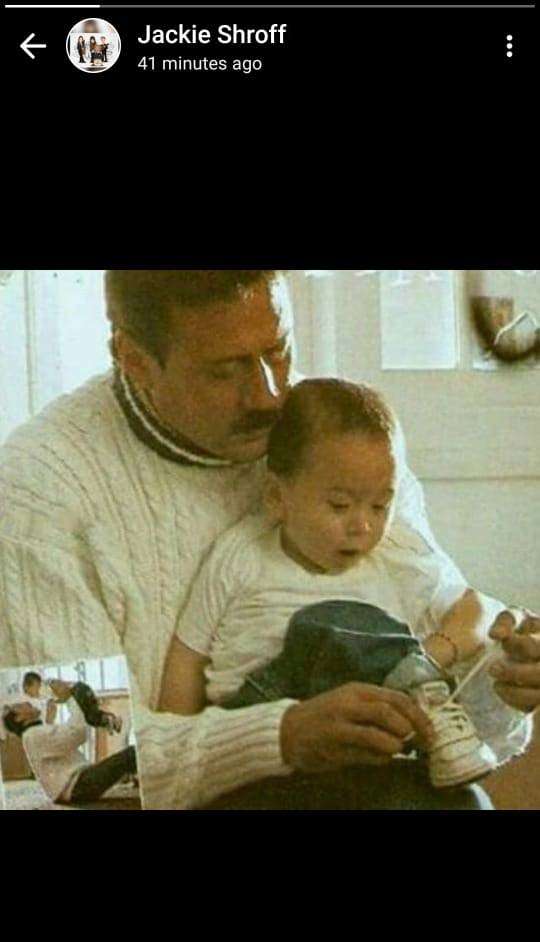 On Monday night, Tiger was snapped heading out for a dinner celebration with ladylove Disha Patani, mother Ayesha Shroff and sister Krishna Shroff. Tiger and Disha are often spotted together but the couple has never confirmed their relationship. Speaking about the couple’s marriage plans, Jackie Shroff recently told a news portal that Tiger is married to his work right now and may not focus on anything else.

On the work front, Tiger will soon be seen in ‘Ganpath: Part 1’ co-starring Kriti Sanon. He also has action entertainers ‘Baaghi 4’ and ‘Heropanti 2’ lined up.