After wrapping the shoot of her action film ‘Dhaakad‘, Kangana Ranaut is now ready to take to the skies with her next film ‘Tejas’ helmed by Sarvesh Mewara.

A while ago, our camera person got some exclusive pictures of Kangana Ranaut as she arrives at Mehboob film studios to kick-starts work on ‘Tejas’.

In the pictures, we can see Kangana entering Mehboob film studios for a look test with the team of ‘Tejas’. Check out the photos here: 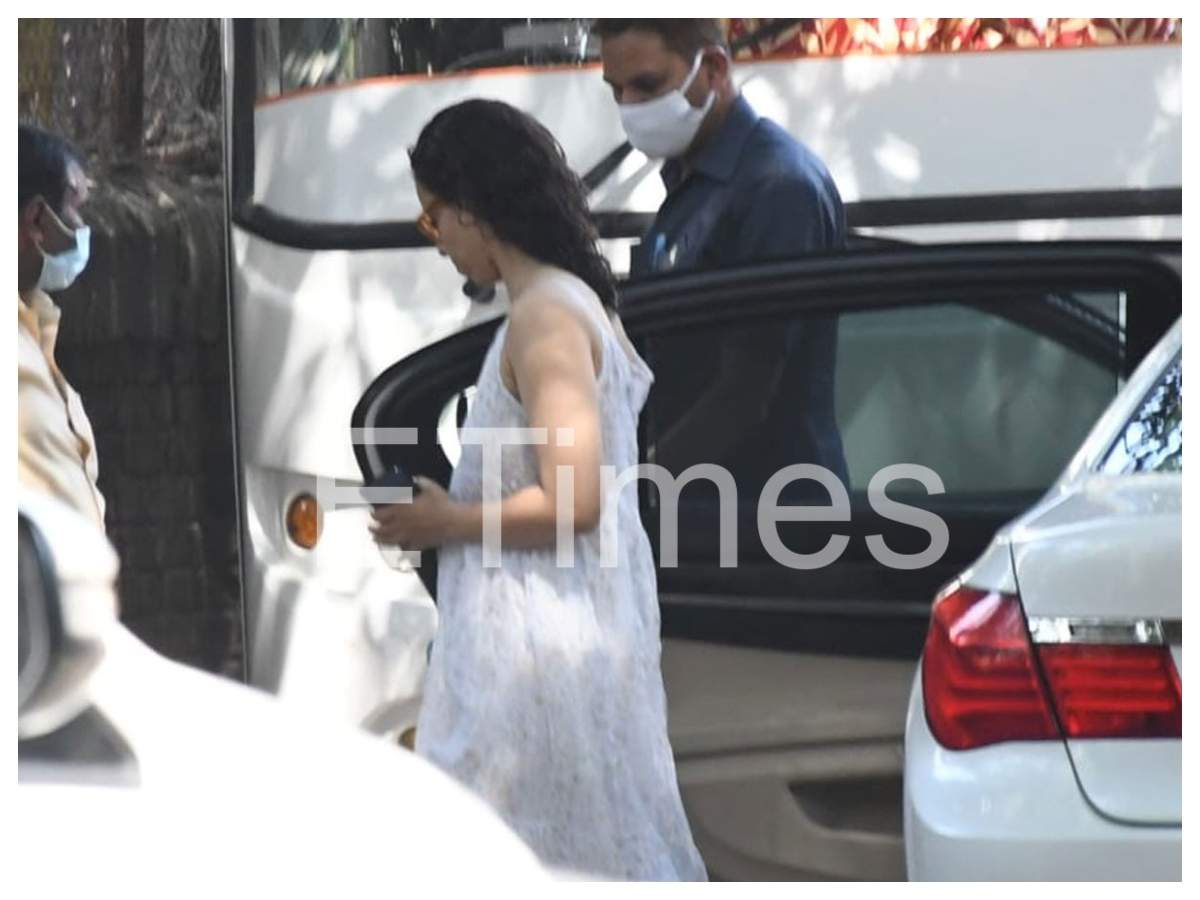 Taking to her Twitter handle, the actress also announced that her ambitious project will officially take off this March. The actress wrote, “Beginning of a new journey… look test with team #Tejas going on floor this spring my birthday month ”

Beginning of a new journey… look test with team #Tejas going on floor this spring my birthday month ⁦… https://t.co/vouTTVULkc

Previously, the actress had shared the first look poster from the film and announced that she will be portraying the role of IAF pilot.

Apart from this, Kangana will also be seen in the biopic ‘Thalavi’ where she plays the role of late Tamil Nadu PM Jayalalithaa.